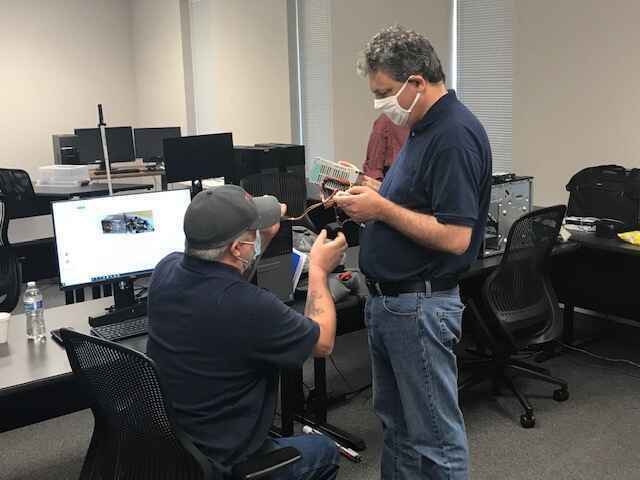 Do you love going to the doctor?

Most of us don’t exactly relish getting poked and prodded. And studies suggest that over 40 percent of men won’t go unless there’s a serious issue!

That was Chad Hagaman’s approach to his health. He knew he couldn’t see as well as before, but other things in his life — like providing for his family — were just more important to him.

Thankfully, you were there for Chad when he needed you most!

A series of setbacks finally forced Chad to focus on his health. First, he got hurt on the construction site where he worked. So, he switched to a retail job ...

Then he lost that position — he struggled to make accurate deposits — and his driver’s license. But Chad was still determined to find a fix, one that did not involve the doctor.

Sadly, Chad ended up in a hospital’s intensive care unit in 2017 after he was hit by a car. The doctors told him he has three conditions that affect his sight: cornea disease, nerve damage, and glaucoma.

During his recovery, Chad became more active in his church – and it was a friend there who pointed him toward the Arizona Center for the Blind and Visually Impaired.

Can I count on you to help more people like Chad lead independent lives?

ACBVI’s experts worked with Chad to improve his orientation and mobility skills. They visited his neighborhood to help him safely practice using a white cane in familiar surroundings.

Next, Chad began learning to read Braille. He started to feel less cut off from current events and his hobbies.

But it was his assistive technology classes that really inspired Chad. At first, it was challenging to use his hearing in place of his sight — and there were days when he wanted to give up ...

With some encouragement, Chad pressed on. He began to realize that he had a knack for assistive technology, and he might one day teach these practical skills to others in need.

Chad is currently leading an Alexa training class for other students virtually and is enrolled in our DST certification class, preparing for a new career as a computer support technician.

“I want to be able to give back, with compassion and integrity,” says Chad.

Will you support more Arizonans with vision loss with a gift to ACBVI today?